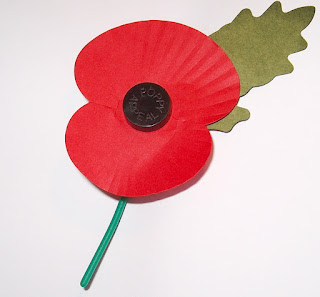 Albert Edward George Leggatt was born in the autumn of 1890 in Petworth in Sussex. His parents Albert Leggatt and Ethel Combes were married in the autumn of 1888 in Petworth at about the same time as their first child, Florence, was born. Albert Edward was their second child and he was followed by Kathleen in 1893 and Faith in 1895. The family then moved to Midhurst where Albert senior was employed as a house painter. The family grew while they lived there with the addition of Ethel in 1897, Violet in 1899 and Richard in 1901. In 1901 they were living at The Square in Midhurst and ten years later living in a large house just off the Petersfield Road with six of the seven children and two boarders.

Albert Edward volunteered for military service with the Territorial Army and was posted to the 1/5th (Cinque Ports) Battalion, Royal Sussex Regiment. The 1/5th Battalion went to France in 1915 under the command of the 2nd Brigade in the 1st division. They took part in the Battle of Mons, the first Battle of Ypres and Battle of Loos. In the summer of 1915 the battalion was transferred to the 48th (South Midland) Division as a pioneer battalion.

By the end of 1916, each division comprised of several fighting battalions and a pioneer battalion. The members of the pioneer battalion were trained to fight but their main duty was engineering. Their role was to deal with communication and transport, move stores and munitions, repair structures and fortifications and build new ones. The most unpleasant part of their duties was the recovery and burial of those killed. The 1/5th Sussex were slightly unusual in that they also provided back up in a fighting role as they were previously trained to do so and had been active soldiers in previous years.

The Battle of Ancre was the final battle of the Somme series in the long struggle which had been raging since July 2016. It brought together thousands of allied troops on a long front, each with its own mission and target. The 1/5th Sussex were not directly involved in the attack and one war diary records nothing more than “making screens, cutting long grass, making horse stands, repairing billets, erecting tents and preparing camp” on the 13th and 14th November. On the 14th a group of men from the battalion were working in the churchyard at Martinpuich when they were hit by a shell. Twelve men died, including Albert Leggatt and they are buried together at Martinpuich British Cemetery.

His family stayed on in Mid Sussex where his mother died in 1929 and his father in 1947. All of his brothers and sisters married and had children.