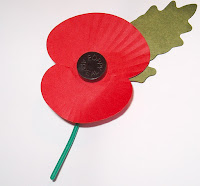 Albert Henry Trower was born in the autumn of 1898 and baptised on Christmas Day at St Barnabas Church in Sutton. Albert was the eldest of three sons born to Henry Trower and Sarah Addis. Henry and Sarah were married at the end of 1897 in the Epsom area. Their second son, Henry Foster was born in 1901 and also baptised at St Barnabas Sutton as was their third son, Ernest Edward, born in 1905.

Albert joined the 7th Battalion of the West Surrey Regiment. It is not known exactly when he volunteered but he was certainly under age. Men were not allowed to join up until they were 18 and were not permitted to fight overseas until they were 19. However this rule was commonly flouted and as long as the man looked old enough, the age he gave was accepted.

The 7th (Service) Battalion was formed at Guildford in September 1914 and was made up of volunteers who came forward as a result of General Kitchener’s appeal in August 1914 for 100,000 men to volunteer. They joined the 55th Brigade of the 18th Division and by May 1915 were training on Salisbury Plain. In July 1915 the battalion was mobilised for war and went to France.

After arrival in Boulogne they were taken immediately to the Western Front where they manned the front line, in rotation with other regiments, for the next nine months.

By April 1916 the battalion were at the village of Suzanne on the River Somme. Nothing was happening at the end of April apart from the routine exchange of fire. The Battle of Verdun was raging further to the south-west but this part of the line was quiet. At this time the officer who habitually wrote the war diary was on leave and his replacement did not go into great detail. The war diary records work ongoing to maintain trenches and mentions the accidental drowning of a soldier in the river while working on a water pipe. It is unclear how Albert died but his death is recorded on April 29th and he is buried at the cemetery at Carisy-Gailly along with another man from the West Surreys killed on the same day. He was aged 17 years and 7 months.

Albert’s parents lived in Sutton until their deaths and both of his brothers married but had no children. He does not appear on any war memorial in the area.